A few months back I took a trip out to Salt Lake City to visit my aunt and uncle. 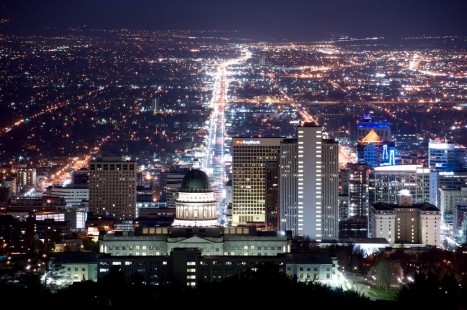 Much to my surprise I did not burst into flames after stepping off the plane. Driving around town was a surreal experience after living on the East Coast for so long. It felt like I was driving around on the set of a movie with a big mountain scene backdrop.

A friend likened it to living in The Truman Show, which made sense in more ways than one. The first day there, we hit the Randy’s Records near my aunt’s house, where I bought a copy of Modest Mouse’s Good News For People Who Love Bad News on vinyl. We also stopped by Trolley Square and ate lunch at Desert Edge Brewery where I ordered the Summertime Kristalweizen, which the beer menu describes as “a light, crisp, filtered wheat beer with low bitterness and mellow hop aroma.” For food, I ordered the Reuben with a cup of French onion soup which was delicious.

That night we took a trip to Park City, which is home to a little thing called the Sundance Film Festival. Along the way, the road was lined with aspen trees which were gorgeous.

I even got to see my first, real life Banksy. 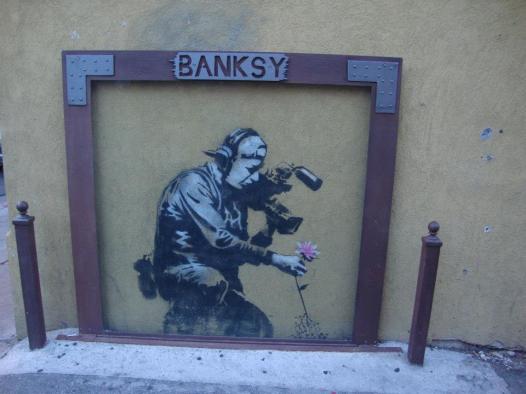 And, of course take advantage of some touristy photo ops.

For dinner we walked over to the Wasatch Brewery. Wasatch is a Ute Native American word that you see all around Salt Lake, which purportedly means “mountain pass.” However, upon suggested further investigation, we found that it really means “frozen penis.”

Not only does this beer have the best name of any beer ever, it’s also really tasty.

This dark, medium bodied ale offers the drink-ability of a much lighter beer. The inviting chocolate and malty flavors fade into a slightly dry, silky smooth finish. Why have just one?

Of course I bought the shirt and wear it whenever the need to offend arises.

The next night we went to see a show called “Wicked-er” at the Desert Star Playhouse.  Loosely based on the Broadway play, “Wicked-er” jabs at Mormonism and also makes fun of a host of celebrities including Vanna White, Zach Galifianakis, Sheldon from Big Bang Theory, Arnold Schwarzenegger, and Jack Bauer from 24. One of my favorite lines from the show was when Vanna White asks Jack Bauer, “Why should we trust you?” He hisses, “Because I can go 24 hours without eating, sleeping, or going to the bathroom.” The actors were extremely talented and even performed a round of show tune parodies at the end.

During the trip, my aunt, uncle and I went to see The Master at the Salt Lake Film Society‘s Tower Theatre. I’m not going to pretend to know even the least bit about film or critiquing it,  but I will say that Joaquin Phoenix, Philip Seymour Hoffman (who plays L. Ron Hubbard) and Amy Adams (who plays his wife) gave amazing performances. You could tell that Phoenix really immersed himself in the role. It was also an interesting peek into the beginnings of the fucked up world that is Scientology.

The next day, we went to Ruth’s Diner for brunch. Ruth’s Diner is one of those places that you absolutely must visit when you’re in Salt Lake. It opened in 1930, and after the building was sold and demolished, Ruth bought a Salt Lake Trolley car and set up shop in the mountains in 1949. Not only is the food at Ruth’s delicious, but the photo on all the menus and diner paraphernalia is of Ruth standing in front of a jukebox, holding her Chihuahua, and smoking a Lucky Strike. 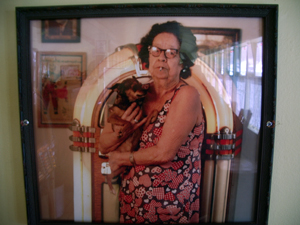 One of the last stops on the trip was to the Bad Ass Coffee Company. 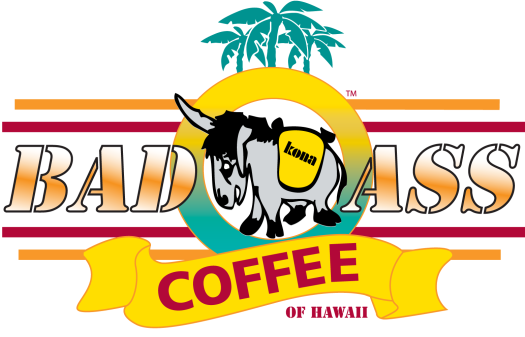 This place sells 100% Kona coffee which is grown and picked in Hawaii. The guy working the counter was so jacked on caffeine that he appeared to be vibrating, Dr. Katz style. He paced back and forth behind the counter while we were making our decisions and squealed with excitement when hearing our choices. My guess is that he’d probably run out of brewed coffee and just started snorting the grounds.

There’s an interesting dichotomy between the different groups of people in SLC. There are the wide-eyed and smiling Mormons who are perpetually asking the questions, “Do you have a family?” and “How many kids do you have?” My aunt hears these questions all the time from her patients at the hospital. My aunt, who is an atheist, doesn’t have kids but toys with the idea of telling them that she did have children, but they all died in a fiery car crash last year, but thanks for bringing it up. I told her that she could also say, “Yes, I used to have many children, but they escaped when they figured out how to unlock their cages.”

The other, much less prominent part of the SLC culture are the people who do not go to church, drink the Kool Aid, or wear the Sacred Undergarments.

They enjoy their morning booze and solicited sex just like every other red-blooded American. The subtle jabs at life in the LDS are like little nods of solidarity among a vastly outnumbered few destined to swim in the hellfires of eternal damnation.

But I guess if I had my choice between spending an eternity making crafts out of dry macaroni and egg cartons or enjoying a scotch and soda on the banks of the River Styx I’d choose the latter.

3 thoughts on “Adventures in Mormon Country”