Last week I took a trip out to Baltimore to see some family for Christmas. I flew out Christmas morning and had the pleasure of enjoying the soothing sounds of a screaming baby for the first 30 minutes. And we all know how much I love children.

I was born in Baltimore at St. Agnes hospital. It was around the time of Independence Day and my mom told me that she could see fireworks over the Inner Harbor from her hospital window. 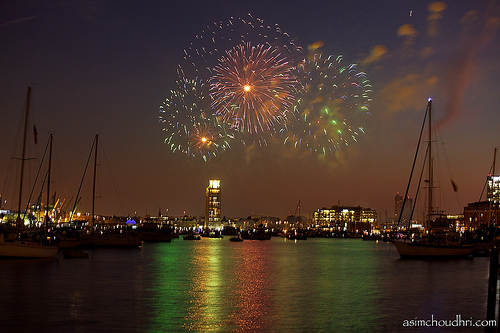 My parents moved us down to Florida when I was three months old, but I would fly up to visit my grandparents in Baltimore every summer starting at age nine.

Charm City has some interesting claims to fame:

Parts of the 1987 film Tin Men were also shot in Baltimore. It stars Richard Dreyfuss and Danny DeVito as door-to-door aluminum siding salesmen. They filmed one of the scenes on Wyndcrest Avenue in a suburb called Catonsville where my grandparents lived at the time. My mom and dad were the only ones home when the door bell rang. My mom goes to answer it and sure as shit, Danny DeVito is standing at the front door. She was so starstruck that she was speechless. Stammering out a few unintelligible words, she ran to get my dad. I’m not quite sure what DeVito said or why he was at the door at all, but it’s her I-met-a-famous-person story and we don’t ask questions.

The day after I arrived for my trip, it snowed the whole day.

I was nursing a decent Christmas hangover, so I spent a lot of time laying on my grandma’s couch, the most comfortable couch in the entire world. There I did a lot of reading, writing blog posts and sketching my unsuspecting brother as he played computer games. 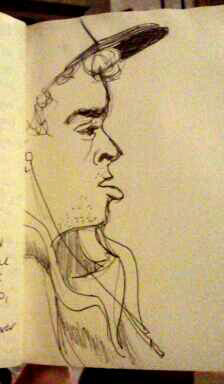 His response: “I hate you.”

While I was there, we also went to the movies to see Ang Lee’s Life of Pi. The only option for this movie in the city was 3D which I absolutely hate, but we went anyway. I was impressed with how closely they stuck to the book. The ferociousness of the tiger was played up more than it was in the book, which, I assume, was to increase the Hollywood drama factor. Some of the scenes from the movie in which Pi and the tiger are floating in the Pacific were absolutely beautiful. 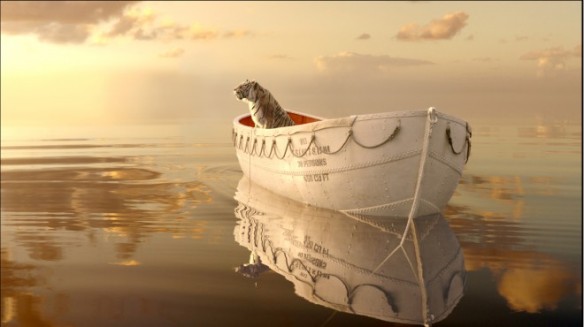 In my family we’ve begun a tradition of always going to a restaurant called Miss Shirley’s for brunch, so we went on my last day in town.

Only in Maryland would a brunch restaurant have Old Bay on the table.

This place is fucking amazing. I’ve never gotten something I didn’t love at Miss Shirley’s but this time my mind was blown. 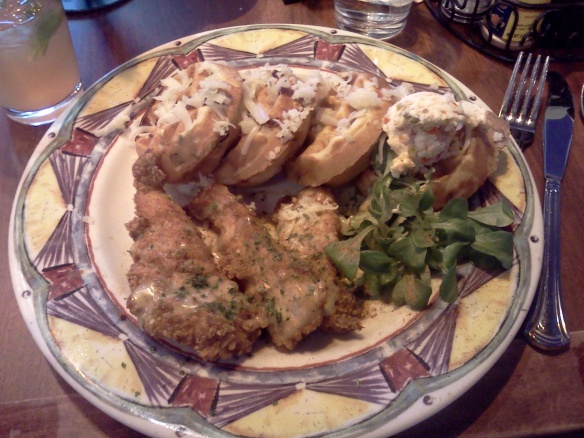 I will preface this gush by saying that it was my first time having chicken and waffles (I know, I know). That said, I think these will be the first and last I ever order because nothing could ever possibly top this. Here’s the breakdown:

It was savory, sweet and spicy all rolled into one. Pure culinary genius. I also broke my own brunch rule and got something other than a Bloody Mary. Instead I ordered “Our Favorite Palmer” which contained Absolut Citron, Triple Sec, 1/2 unsweetened iced tea, 1/2 strawberry lemonade, garnished with a lemon slice, strawberry & mint, with a sugar rim. The unsweetened iced tea was a smart choice that kept the drink from being too sweet. The strawberry lemonade was a nice twist and the mint was unexpected yet refreshing.

After brunch, we walked over to the Baltimore World Trade Center and went up to the Observation Level to check out a mural exhibit called Unframed. This featured photos of 18 murals from all over the city. These were some of my favorites.

This mural was created by students at the Maryland Institute College of Art (MICA) on a building in Southwest Baltimore, nicknamed Sowebo. 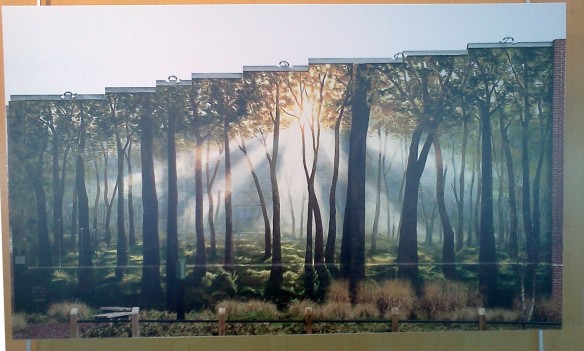 Not only did the exhibit have beautiful things to look at, but the Observation Level where it was shown has 360 degree floor-to-ceiling windows with views of the entire city. 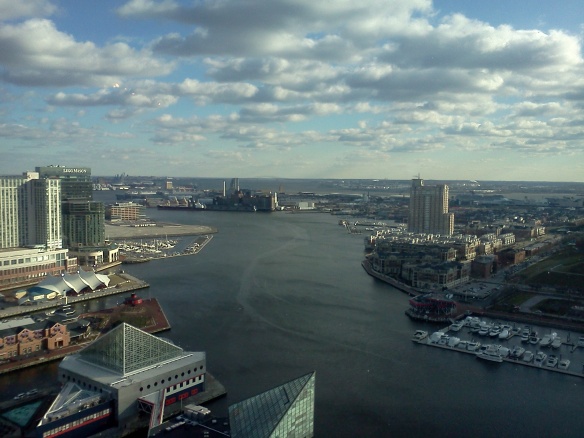 I had an hour to kill before I had to be at the airport, so my brother and I headed out to the record store. I hadn’t ridden in his car yet, so he fired it up.

We made the short trip over to Trax on Wax in Catonsville. This is by far the best record store I’ve visited yet. It isn’t one of those places that has aisles and aisles of CDs and a row of records along the back. This place is jam packed with records and has a few CDs for sale up front. They’ve also got these cool warped record bowls for sale.

Lining the walls are bins filled with newer LPs and best condition records. Underneath those bins are two rows of corresponding used records, so if you find something you want up top but don’t want to pay $15-20 or more, you can check down below and find multiple copies of that record for less than half the price. They have an insane selection of rock records, which is what I’m usually looking for.

We arrived at 4 o’clock and the door was already locked for closing time, but the guy at the counter let us in. Since we were pressed for time (no pun intended), I went straight to look for a few albums I’d been hunting down for a while. Not finding those, I saw Jefferson Airplane’s Surrealistic Pillow up front so I picked that up.

My trip to Charm City had come to a close and it was time to head back to Atlanta to my pathetic conehead kitten. 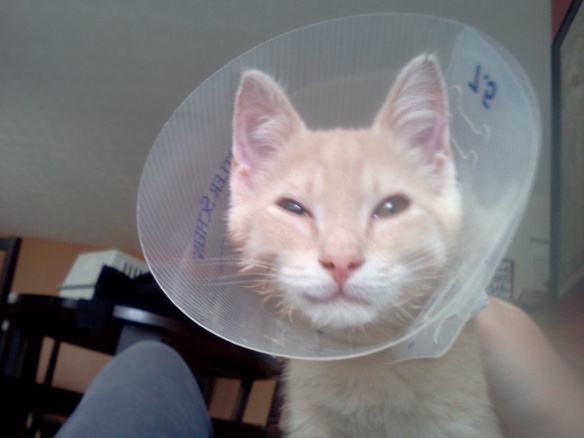