Feeling pretty guilty about not posting anything since August. However, when I write 10-12 of these suckers (blog posts) a day at work it’s kind of hard to muster up the energy to get back on the computer when I get home. Most days I come home and send hateful thoughts and glances to my computer sitting innocently unused on my desk. When you work in social media, you tend to become resentful of the things that used to bring you enjoyment. 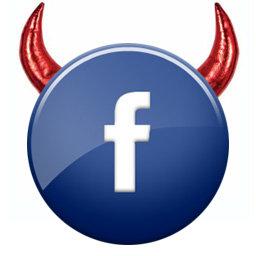 You also tend to learn the most random, useless crap and then shit it back out on several media platforms to share with others who probably also find incredibly useless. For example did you know that yesterday was in fact “Clean Your Refrigerator Day” as well as “America Recycles Day”? It’s true.

Fortunately I’ve gotten to a good place where I’m on schedule with my work and not having to work 12 hour days like I have been the past few weeks. For some reason October just became Slacktober for me and then I was scrambling to reach my goal by the end of the month. At one point, I was so stressed out that one of my coworkers sent me this: 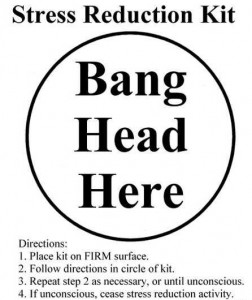 Then a kickass trip to Savannah happened the first week in November which was much needed. Good friends and strong drinks were right on point. I also rekindled my love with Bloody Marys at Molly MacPhersons at about three thirty in the afternoon on Friday.

Fuck it, throw a shrimp on there too.

I’ve heard that some places are making these with bacon flavored vodka now? Haven’t tried it, but I’m pretty sure that it would be delicious. The thing that really set the Bloody Mary at Molly’s off was a dash of A1 steak sauce. I like my Bloody’s to drink like a damn meal.

Things have certainly changed since week one in Atlanta. Not everything holds the rosy glow that Decatur held for me that first week here. For example, when I became full time at work I also got insurance which was awesome because it meant I could finally go to the dentist. Then I found out I had to get a root canal: not awesome.

I’m really glad I didn’t see this illustration before I went in for the procedure or else I probably would have just let my tooth rot out of my head. Before the root canal I was in so much pain that I was seriously contemplating the old ice-skate-and-massive-rock method. If it worked for Tom Hanks it could work for me, right? The thing about root canals is that they are scary as hell, but when they are over the relief is almost instant.

So that was a fun little adventure. Atlanta has been treating me pretty well otherwise. I’ve been making more and more friends and getting out to explore the city when I can. The dirtiness of Little Five really appeals to me for some reason and then on the other end of the spectrum I also like the little downtown Norcross area. There’s a restaurant there creatively named Mojitos that has what I’m almost certain are the best fucking Mojitos on the planet.

Halloween was fun too. You’ll never guess who I dressed up as:

Some people got it, some didn’t. The only thing that mattered is that my wig looked kickass under the black light. 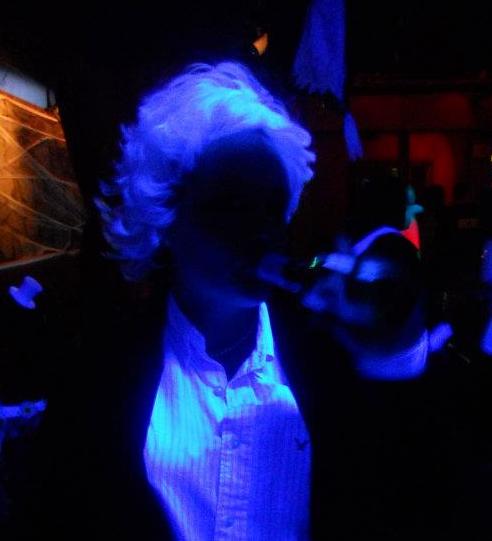 Looking forward to the Thanksgiving break next week, definitely. Ready to go home and see some close friends I haven’t seen in a long while.